Southern Accent: Seeking the American South in Contemporary Art questions and explores the complex and contested space of the American South. One needs to look no further than literature, cuisine and music to see evidence of the South’s profound influence on American culture, and consequently much of the world. This unprecedented exhibition addresses and complicates the many realities, fantasies and myths that have long captured the public’s imagination about the American South. Presenting a wide range of perspectives, from both within and outside of the region, the exhibition creates a composite portrait of southern identity through the work of 60 artists. The art reflects upon and pulls apart the dynamic nature of the South’s social, political and cultural landscape.

“Southern Accent is an extensive exploration of southern identity through contemporary art,” said Trevor Schoonmaker, Chief Curator and Patsy R. and Raymond D. Nasher Curator of Contemporary Art, and co-curator of the exhibition. “The exhibition has been four years in the making, but the timing of Southern Accent is especially meaningful now – in the wake of Charleston, Orlando, Baton Rouge and countless other tragedies, and given the tense social and racial climate during this presidential election year. We’re an art museum, so exhibitions are our platform for starting conversations. I hope Southern Accent can create a space to reimagine the South in new ways and reframe the way we think about the South in contemporary art. At its best, art can help give shape to cultural and social change, promote needed discourse and even help build community.”

William Faulkner once suggested that the South is not so much a “geographical place” as an “emotional idea.” Southern Accent looks at the South as an open-ended question to be explored and expanded. The exhibition encompasses a broad spectrum of media and approaches, demonstrating that southernness is more of a shared sensibility than a consistent culture. The exhibition includes work dating back to the 1950s, but primarily focuses on art produced within the past 30 years. The exhibition also includes a curated music library since no region in the United States has contributed more to American music than the South. This music chronology that speaks to southern life provides an invaluable counterpoint to the artwork in the exhibition. 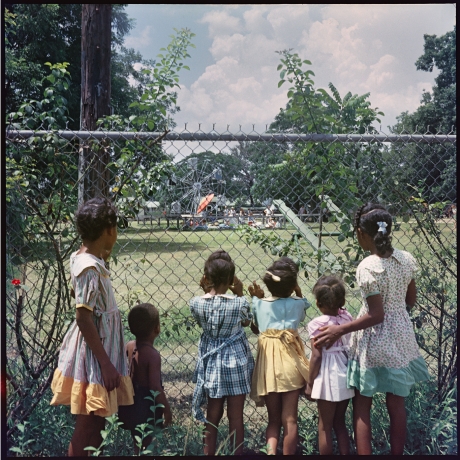 In the News
Southern Accent, Launched from Durham to Louisville, Roils Kentucky's Conflicts and Possibilities as Profoundly as It Did North Carolina's
Indy Week 06/21/2017
View More