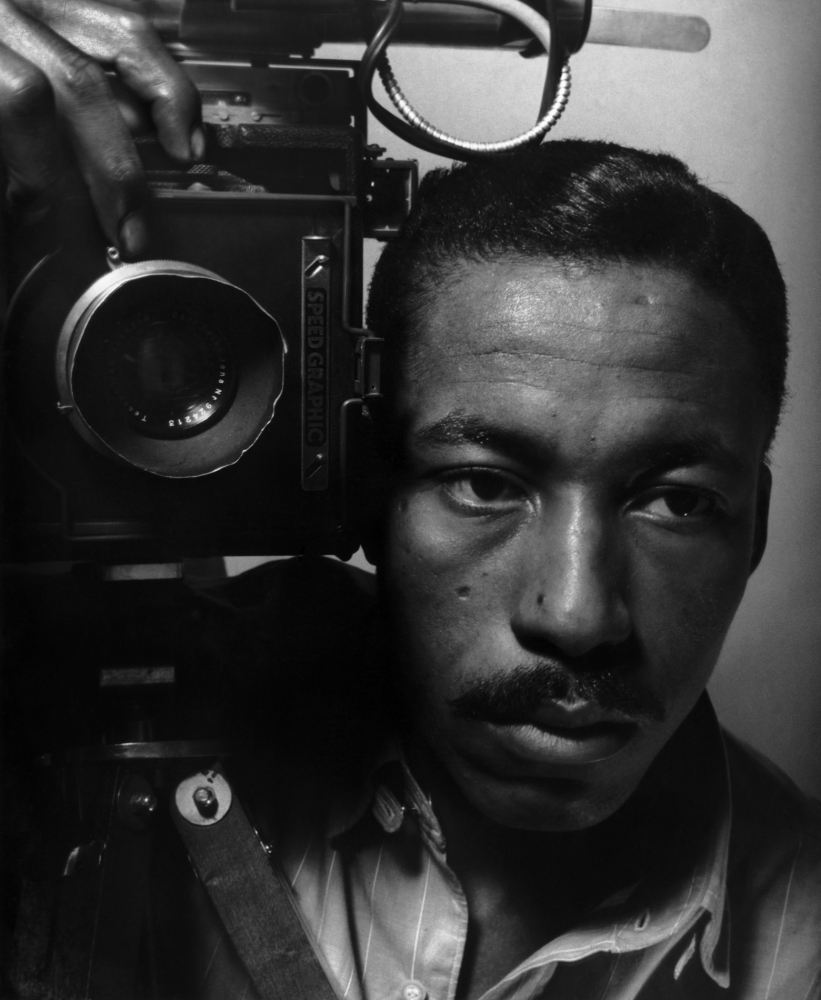 Gordon Parks, one of the greatest photographers of the twentieth century, was a humanitarian with a deep commitment to social justice. He left behind an exceptional body of work that documents American life and culture from the early 1940s into the 2000s, with a focus on race relations, poverty, civil rights, and urban life. Parks was also a distinguished composer, author, and filmmaker who interacted with many of the leading people of his era—from politicians and artists to athletes and other celebrities.

Born into poverty and segregation in Fort Scott, Kansas, in 1912, Parks was drawn to photography as a young man when he saw images of migrant workers in a magazine. After buying a camera at a pawnshop, he taught himself how to use it. Despite his lack of professional training, he won the Julius Rosenwald Fellowship in 1942; this led to a position with the photography section of the Farm Security Administration (FSA) in Washington, D.C., and, later, the Office of War Information (OWI). Working for these agencies, which were then chronicling the nation’s social conditions, Parks quickly developed a personal style that would make him among the most celebrated photographers of his era. His extraordinary pictures allowed him to break the color line in professional photography while he created remarkably expressive images that consistently explored the social and economic impact of poverty, racism, and other forms of discrimination.

I saw that the camera could be a weapon against poverty, against racism, against all sorts of social wrongs. I knew at that point i had to have a camera. 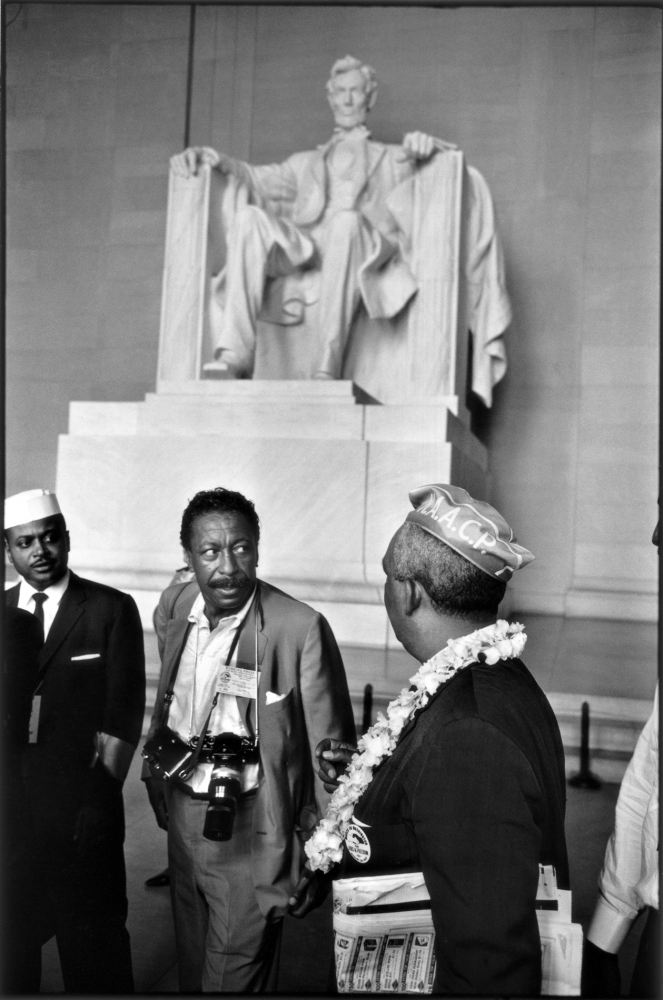 In 1944, Parks left the OWI to work for the Standard Oil Company’s photo documentary project. Around this time, he was also a freelance photographer for Glamour and Ebony, which expanded his photographic practice and further developed his distinct style. His 1948 photo essay on the life of a Harlem gang leader won him widespread acclaim and a position as the first African American staff photographer and writer for Life. Parks would remain at the magazine for two decades, covering subjects related to racism and poverty but also fashion and entertainment, and taking memorable pictures of such figures as Muhammad Ali, Malcolm X, Adam Clayton Powell, Jr., and Stokely Carmichael. His most famous images, for instance American Gothic (1942) and Emerging Man (1952), capture the essence of his activism and humanitarianism and have become iconic, defining their generation. They also helped rally support for the burgeoning civil rights movement, for which Parks himself was a tireless advocate as well as a documentarian. 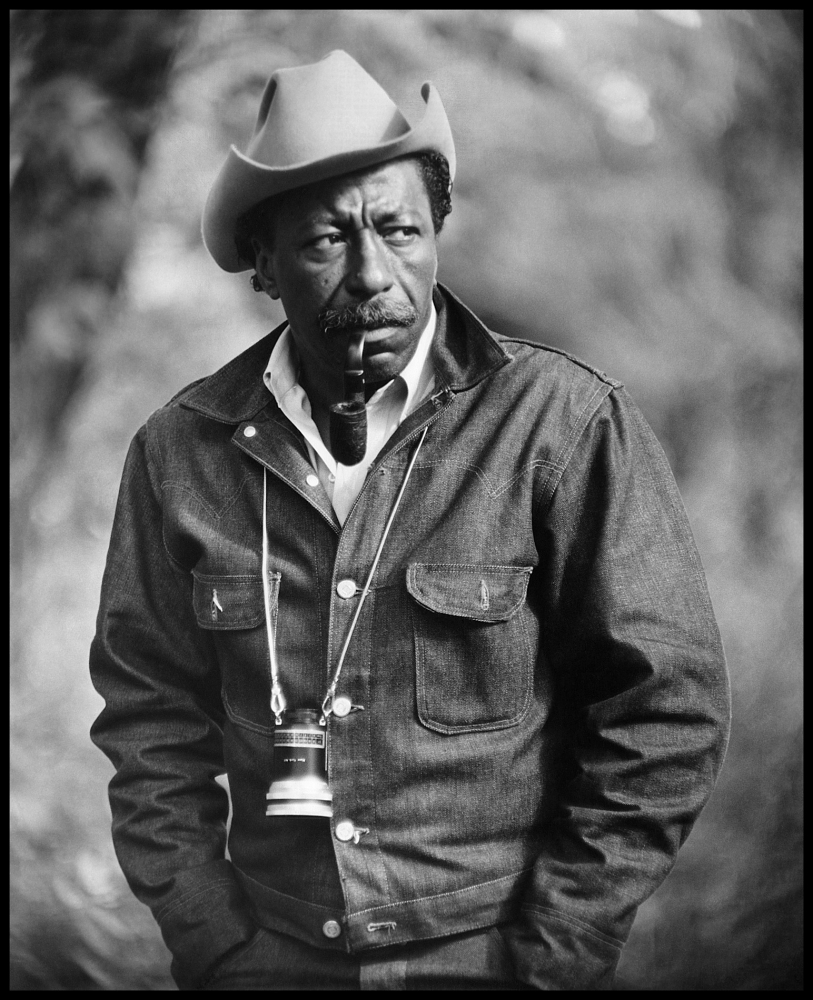 Gordon Parks on the set of The Learning Tree, 1969. Photographer unknown

Parks was a modern-day Renaissance man, whose creative practice extended beyond photography to encompass fiction and nonfiction writing, musical composition, filmmaking, and painting. In 1969 he became the first African American to write and direct a major Hollywood studio feature film, The Learning Tree, based on his bestselling semiautobiographical novel. His next film, Shaft (1971), was a critical and box-office success, inspiring a number of sequels. Parks published many books, including memoirs, novels, poetry, and volumes on photographic technique. In 1989 he produced, directed, and composed the music for a ballet, Martin, dedicated to the late civil rights leader Martin Luther King, Jr. 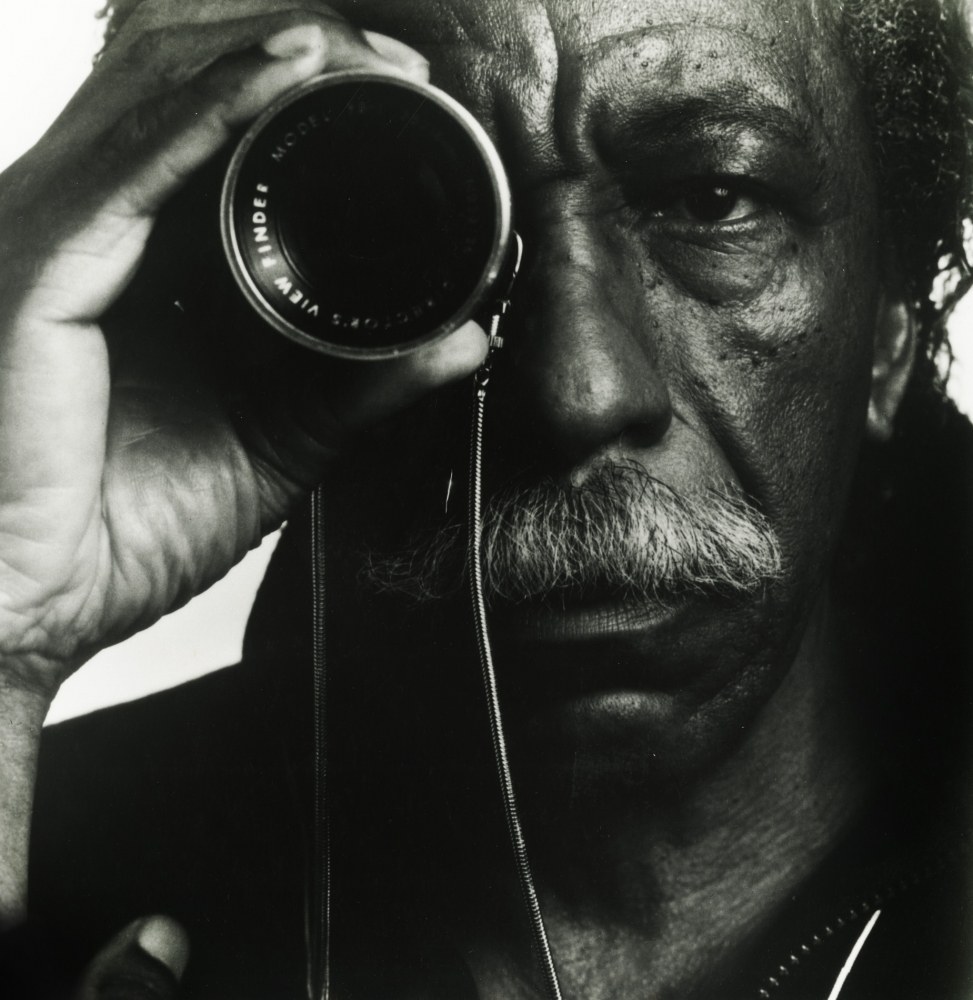 Parks spent much of the last three decades of his life evolving his style, and he continued working until his death in 2006. He was recognized with more than fifty honorary doctorates, and among his numerous awards was the National Medal of Arts, which he received in 1988. Today, archives of his work reside at a number of institutions, including the Gordon Parks Foundation, Pleasantville, New York; the Gordon Parks Museum in Fort Scott, Kansas, and Wichita State University in Wichita; and the Library of Congress, the National Archives, and the Smithsonian Institution, all in Washington, D.C.