James Barron Art is pleased to announce a group exhibition, “Fifty Years After: Gordon Parks, Carrie Mae
Weems, Mickalene Thomas, LaToya Ruby Frazier.” It has been fifty years since the Civil Rights movement and since Gordon Parks’ remarkable photographs opened the door for successive generations of black photographers. This exhibition honors the achievements of these four photographers.

Parks’ iconic photographs tell the story of the postwar American experience, focusing on civil rights, poverty, and race relations from the early 1940s until his death in 2006. The exhibition highlights photographs from Parks’ documentation of life in mid-twentieth century Harlem. Selections in this exhibition include works simultaneously exhibited at The Art Institute of Chicago’s Invisible Man: Gordon Parks and Ralph Ellison in Harlem.

Parks received numerous awards during his lifetime, including the National Medal of Arts in 1988 and over fifty honorary doctorates, and was also noted for his significant contributions to music and film. In 2000, the Library of Congress selected Parks' film Shaft for National Film Registry preservation, and awarded Parks the “Living Legend” accolade.

Carrie Mae Weems, Mickalene Thomas, and LaToya Ruby Frazier use photography to document black life in America. All three photographers move Parks’ idiom further by inserting family members, friends, lovers and themselves into the work, creating images that speak to both personal experience and more broadly to relationships, class, and equality.

Carrie Mae Weems’ Kitchen Table Series explores the complexities of relationships, grounded by the symbolic kitchen table. Included in the exhibition is a complete portfolio of platinum prints and letterpress text sheets from the Kitchen Table Series. Weems has participated in numerous solo and group exhibitions at major national and international museums including The Metropolitan Museum of Art, Solomon R. Guggenheim Museum in New York, and the Centro Andaluz de Arte Contemporáneo in Seville, Spain. Weems has received many awards, grants and fellowships including the Prix de Rome, The National Endowment of the Arts, and the Alpert. In 2012, Weems was presented with a US Department of State’s Medal of Arts in recognition for her commitment to the State Department’s Art in Embassies program. In 2013, she received the MacArthur “Genius” Grant, and Anderson Ranch Arts Center will honor Weems with its National Artist Award this summer.

Mickalene Thomas focuses on the individual, by photographing her friends and family. Her work addresses stereotypes and misconceptions of the black experience and female form. Thomas photographs her models — including herself, her mother, and friends/lovers — in studio sets inspired by music and films from the 1970s, surrounded by intensely colored and embellished fabrics reminiscent of her paintings. Mickalene Thomas’ work is held in many collections, including Art Institute of Chicago, Baltimore Museum of Art, Brooklyn Museum, International Center of Photography, Museum of Fine Arts, Boston, Museum of Modern Art, San Francisco Museum of Modern Art, Seattle Art Museum, Smithsonian American Art Museum, Solomon R. Guggenheim Museum, Studio Museum in Harlem, Whitney Museum of American Art. Her exhibition “Mickalene Thomas: Do I Look Like a Lady?” will open at LA MOCA on October 16, 2016.

LaToya Ruby Frazier’s The Notion of Family tells the twelve-year story of Braddock, Pennsylvania, the deteriorating steel community in which she grew up. The photographs show the decline of industry in America and explore its effects on the individual family across generations. Frazier is the recipient of a MacArthur fellowship and a Guggenheim fellowship, among many other awards. Her work has been widely exhibited and collected by institutions both nationally and internationally: Museum of Modern Art; Whitney Museum of American Art; Brooklyn Museum, Museum of Contemporary Art, Chicago; Pomeranz Collection, Vienna; and Zabludowicz Collection, London.

This exhibition is presented in tandem with a symposium of the same name at KentPresents. Blanton Museum curator Carter Foster, who previously was the curator of paintings for the Whitney Museum, Los Angeles County Museum of Art, and the Philadelphia Museum of Art, will moderate a panel including LaToya Ruby Frazier, Dr. Deborah Willis of New York University, and Sarah Lewis of Harvard University on August 20. KentPresents runs from August 18 to 20.

An opening reception on August 20, from 5 to 9 PM, will be part of Kent Arts Night, the town’s celebration of its tradition as an art center.

“What strikes me most,” says James Barron, “is the deep humanity in the photographs. These are universal stories that touch us with their familiarity. We are thrilled to bring together the work of these artists in Connecticut in conjunction with KentPresents, an ideas festival now in its second year. Gordon Parks’ photographs help spark the Civil Rights movement. Fifty Years After, we as a society need to assess where we are now.”

We would like to express our gratitude to Agnes Gund for her creative ideas and continued support. We would also like to thank Donna and Ben Rosen for their efforts in bringing KentPresents to our community. 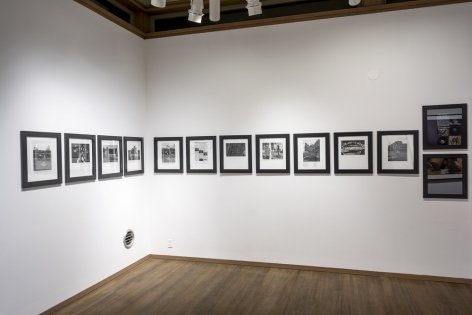 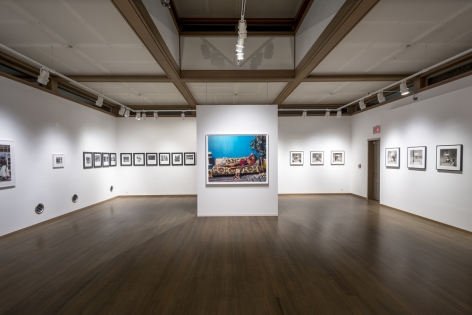 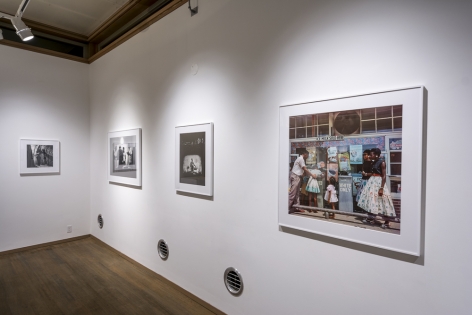 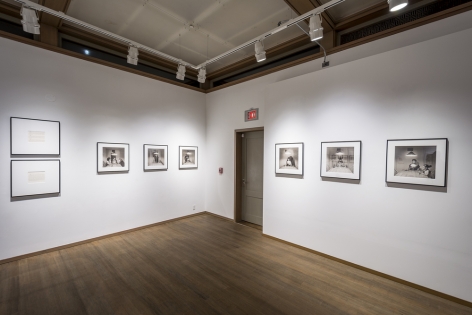 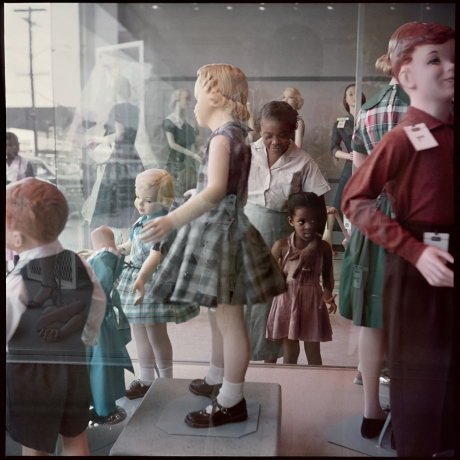 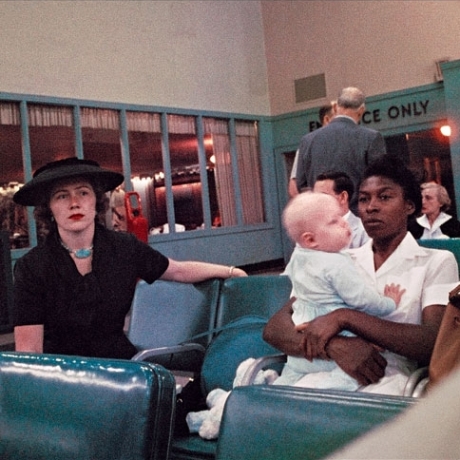 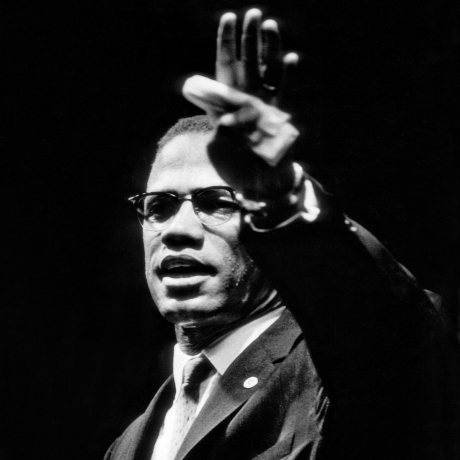 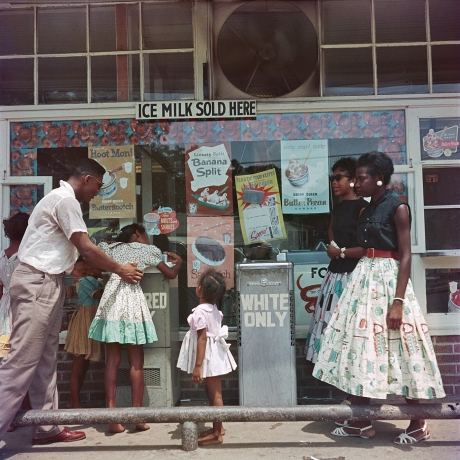 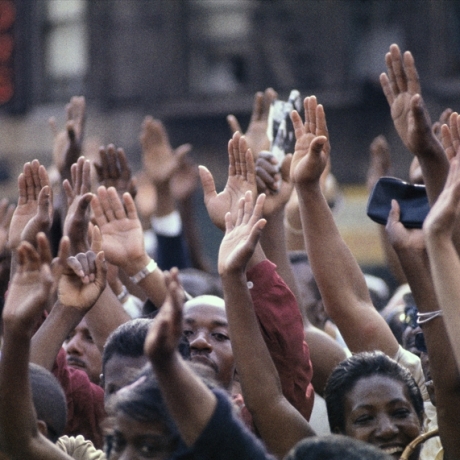