The New York Public Library’s Schomburg Center for Research in Black Culture’s is pleased to present an exhibition of works by Gordon Parks. This exhibition will be one of many in the country to commemorate the centennial of the birth of photographer, filmmaker, musician, and writer Gordon Parks (1912–2006). The exhibition will present approximately 100 works including portraits of the photographer by other photographers in the collection, such as Morgan and Marvin Smith, Fern Logan and O’Neal Abel, among others. One of the highlights will be Gordon Parks photo essay on Ella Watson, a charwoman working in government buildings.  His most noted photograph from the series is titled “American Gothic”. The exhibition is guest curated by New York University Photography and Imaging professor, Deborah Willis.  The exhibition will open on July 12 and will close on December 1, 2012.

Gordon Parks at One Hundred will focus upon the photographer’s engagement with documentary photography. Drawing on the NYPL’s Schomburg Center for Research in Black Culture’s photograph and prints collection, the exhibition includes a series of  photographs produced in Harlem and Washington, D.C. many were commissioned by the Farm Security Administration and Office of War Information.  The photographs reflect upon Parks photographic practice and his personal interest in documenting children. Inspired by the year-long celebration of Gordon Parks’s work, the exhibition will provide new insights into his body of work housed within the Schomburg and the Library of Congress.

Gordon Roger Alexander Buchanan Parks was born on November 30, 1912, and died on March 7, 2006. The youngest of fifteen children of Jackson and Sarah Parks, he spent his early years in Fort Scott, Kansas.  In the late 1930s and early 1940s, Parks worked for the New Deal’s Farm Security Administration, later for the Office of War Information (OWI) and Standard Oil Company. He also worked  for Life, Vogue and other magazines. He was skillful at capturing the essence of his subjects—the dispossessed and the wealthy, children, fashion models, members of street gangs, families, and religious leaders. In 1947, Parks began working for Life. He spent some seventy decades observing, writing, documenting, photographing and interpreting life experiences. Parks was an artist who nurtured others’ visions and voices.

Well known as a photographer and filmmaker, Gordon Parks also wrote a number of books and articles, scored concertos, and played piano on the concert stage. Though several “firsts” are listed on his biography— first black photographer hired by the Farm Security Administration, first black photographer for Life magazine, the first black director to make a movie for a major studio (The Learning Tree); his art and writings were informed by the political climate of America over the last sixty years.

A significant figure in the arts, Gordon Parks used his camera to make social change. 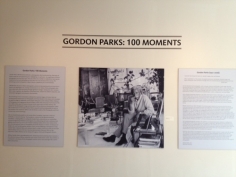 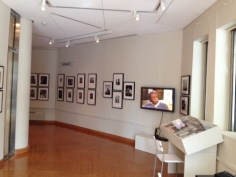 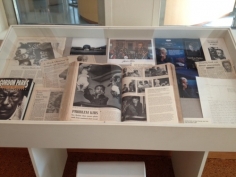 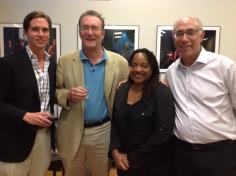