“An audience yawning politely through a program of modern British and American music in Venice this month came to enthusiastic life when Conductor Dean Dixon launched the orchestra on his third selection. Called Symphonic Set for Piano and Orchestra, it was the work not of a professional musician but of a photographer, Gordon Parks, a member of Life’s staff, whose previous experience in the field consisted of playing the piano in Midwestern honky-tonks in the 1930s. Excited by the flamenco music he heard while on assign­ment in Spain, Parks worked out on the piano four vigorous move­ments suggested by the story of a bullfighter’s tragic love. Then he had it orchestrated by a friend. Its premiere in Venice brought prolonged applause from a critical audience in what the conduc­tor called "one of the most memorable evenings of my career.”

In early July 1952, two music legends came together to play a concert in the courtyard of the Venice’s iconic Doge’s Palace. Dean Dixon was conductor that evening, leading the 88-piece La Fenice Theater Orchestra. The performance included aselection of three works, the third of which was composed by Gordon Parks who, with this performance, was relaunching his career in music.

Parks began his artistic career as a musician, first as a brothel pianist and later playing with a traveling jazz band. He played the piano since his childhood, composing his own piano pieces even though he could not read or write music. Parks’s first visit to Harlem in 1933 was spurred by musical aspirations: He traveled to New York City from Minnesota in March of that year to perform with a band at the Park Central Hotel. The group split up for unknown reasons upon arrival, and Parks seized the opportunity to make his way to the fabled Jazz Age Harlem he had read about. He struggled to find work for a few months, then went back to Minnesota. He did not return to Harlem until July 1943, this time on assignment as a photographer—a visit that set him on a path to his staff position at Life. 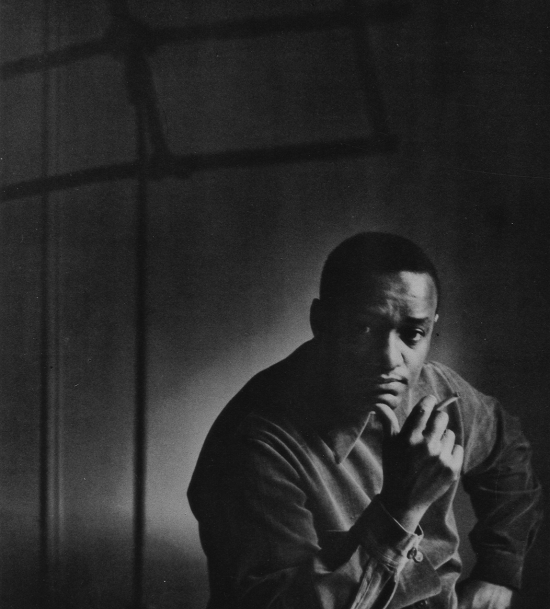 Dean Dixon was a Harlem-born Black conductor who, like Parks, began a musical career early in life. At age 17, while a student at prestigious DeWitt Clinton High School in the Bronx, where he started the Dean Dixon Symphony Orchestra (just a decade prior to two other notable DeWitt students: photographer Richard Avedon and author James Baldwin). By 1938, then in his early 20s, Dixon caught the ear of Eleanor Roosevelt, whose introductions led to a brief affiliation with the NBC Symphony Orchestra. He went on to perform with the New York Philharmonic, although at the time offers to perform with other established orchestras in the United States were few and far between due to the color of his skin. Still, in the 1940s he received two prestigious awards, the Julius Rosenwald Fellowship and the Alice M. Ditson Award for outstanding contribution to American Music.

In 1949, Dixon left the United States for Europe, saying “I felt like I was on a sinking ship and if I stayed here, I'd drown." During his 21-year sojourn abroad he was conductor of orchestras in Sweden, Denmark, Germany, France, Italy, Spain, Japan, and Australia. Throughout this time, Dixon was outspoken about the racial barriers he encountered—For a performance in Sweden in 1952, for example, it was proposed that he conduct in whiteface makeup and wear white gloves. He did not return to the United States until the 1970s, by then a celebrated conductor who was invited to perform with multiple orchestras nationally. He died in 1976, in Zug, Switzerland, after suffering a stroke.

Parks, having no formal musical training, would draw keyboard and marked notes in sequence, as shown by a sketch included in the Life article. This did not hold him back—although he described himself as a “weekend composer,” Parks went on to compose many notable orchestral works, including scores for several films he directed and the ballet Martin, a tribute to Martin Luther King, Jr. Following the Venice premier of “Symphonic Set for Piano and Orchestra,” Dixon told Time magazine: “We should hear more from Gordon Parks.” And indeed, the world would hear and see much more from Parks in the decades that followed.

Like Parks, Dixon had to constantly confront and overcome racism in his chosen profession. In 1950, Parks also left the United States to go work at Life’s Paris bureau. “I was all mixed up with problems in America: discriminatory practices, prejudices, things I had suffered here,” he later recalled. “I was not giving enough time to other things inside me that I was capable of doing, like writing poetry, composing music, things of that sort. When I went to Paris I put America behind.” After nearly two years shooting assignments abroad, Parks returned to New York in January 1952. That summer, him and Dixon would collaborate in Venice, to premier Parks’s “Symphonic Set.” 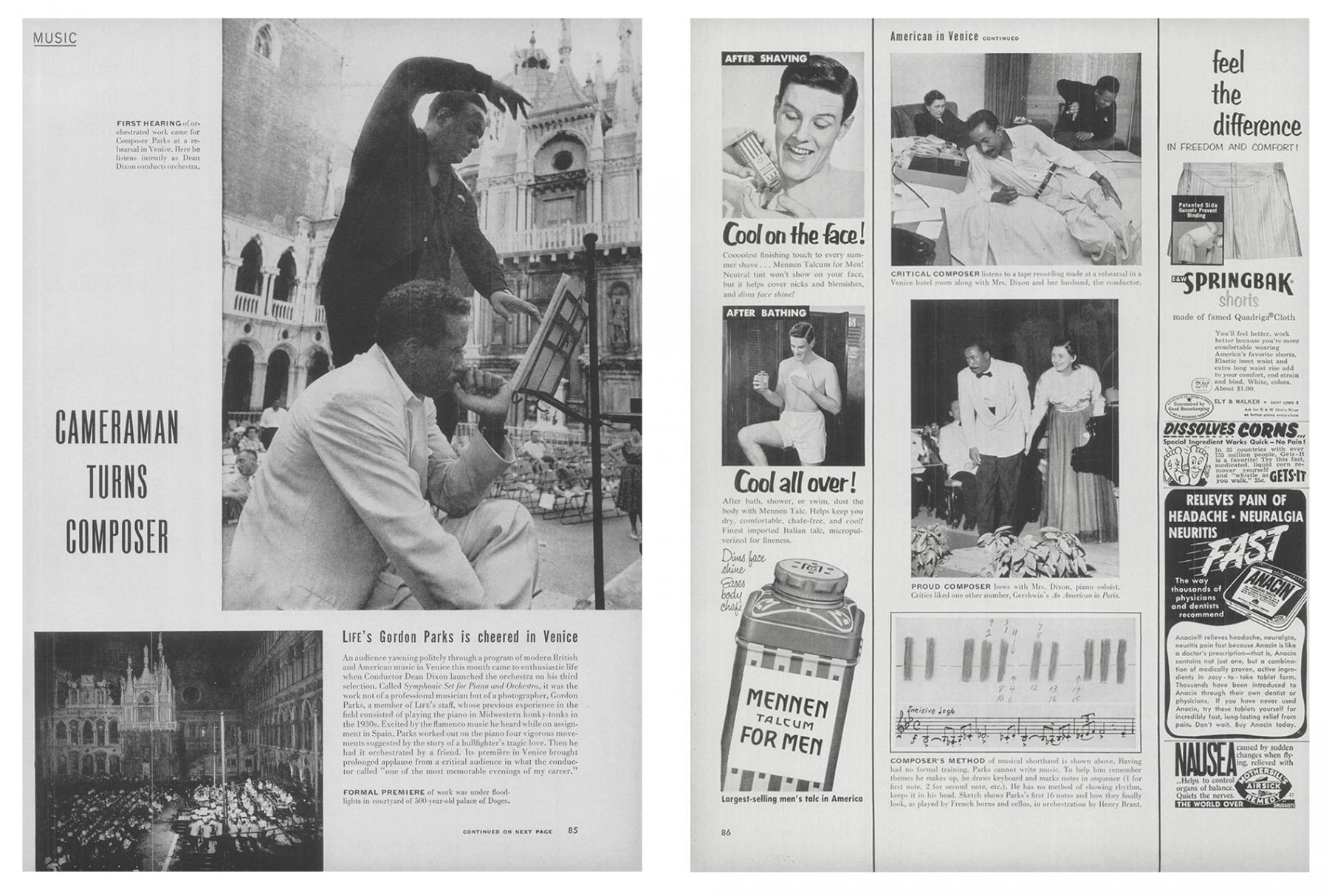