In May 1957, Life magazine ran a feature titled “Women Artists in Ascendance” that celebrated the work of five American women painters. “None over 35,” it reads, “they work in the varied styles that characterize the lively American art scene and have won acclaim not as notable women artists but as notable artists who happen to be women.” Spread over four pages are striking portraits of each of the artists, all taken by Gordon Parks.

By 1957, the five artists—Helen Frankenthaler, Grace Hartigan, Nell Blaine, Joan Mitchell, and Jane Wilson—all had established careers as painters, but were far from household names. Blaine was a founding member of the Jane Street Gallery, one of Manhattan’s earliest artists’ cooperatives. Wilson had multiple exhibitions at Hansa Gallery, Tanager Gallery, and the Stable Gallery, three legendary New York City galleries that championed the work of established and emerging Abstract Expressionist artists. Notably, Frankenthaler, Hartigan, and Mitchell were included in the historic Ninth Street Show in Manhattan, a collectively executed exhibition of painting and sculpture held for one month in the summer of 1951 in an empty storefront rented by the artists themselves. The show was intended to showcase a new generation of artists, and establish New York as the new center of the art world. Of the 72 participating artists, only 11 were women —and only a handful of them would go on to gain international recognition.

Coincidentally, the story in Life was written by the same editor who in August 1949 put together the iconic story on Jackson Pollock. Titled “Jackson Pollock: Is he the greatest living painter in the United States?,” the article highlighted his iconic paintings, while the accompanying portraits (taken by Arnold Newman) defined the image of the American artist: Rugged, intense, and male. In his photographs for the May 1957 story on women artists, Gordon Parks chose an approach that can be read as a subtle counter-argument: The artists are portrayed in their studios, dwarfed by monumental paintings that are rich in color and striking in composition. The only exception is Jane Wilson, also “a New York fashion model,” who was captured in what appears to be a residential setting. In contrast to the Pollock story, the text makes clear that the women—not the paintings—are the story, and likewise shifting the impact of the photographs taken by Parks. It is therefore perhaps not surprising to learn that Mitchell protested the use of her portrait in the article.

In 1971, art historian Linda Nochlin published her seminal essay, “Why Have There Been No Great Women Artists?” in the January issue of ARTnews. It was pioneering for feminist art history and theory in its call to examine the institutional structures that underpin the art world. In a response to that essay published that same year, artist Elaine de Kooning wrote: “To be put in any category not defined by one’s work is to be falsified.” A close reading of Parks’s portraits of these artists, separated from their captions, urges us to do the same. 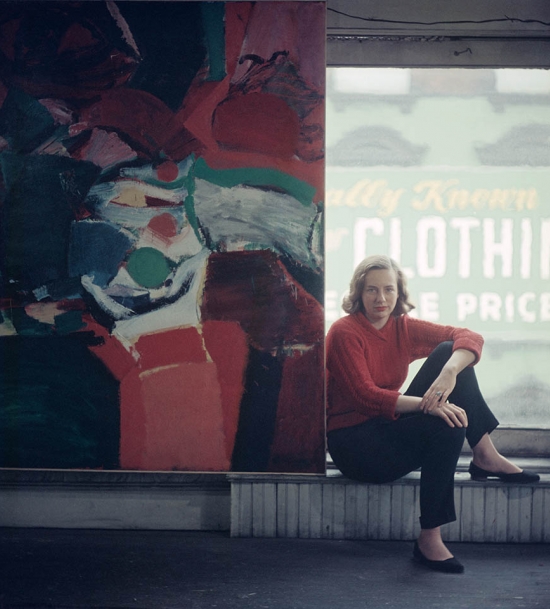 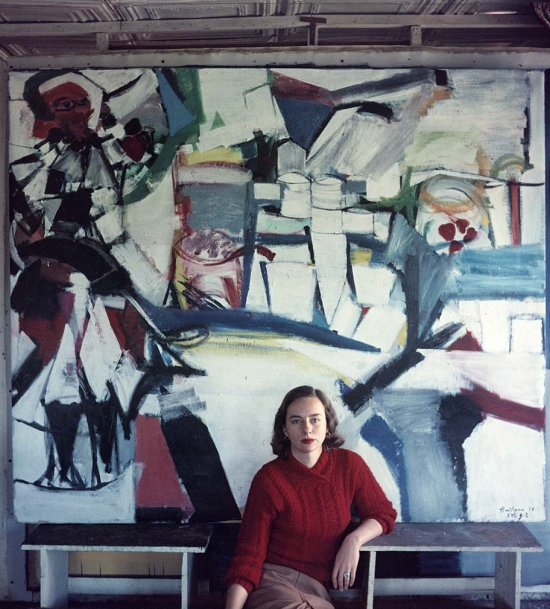 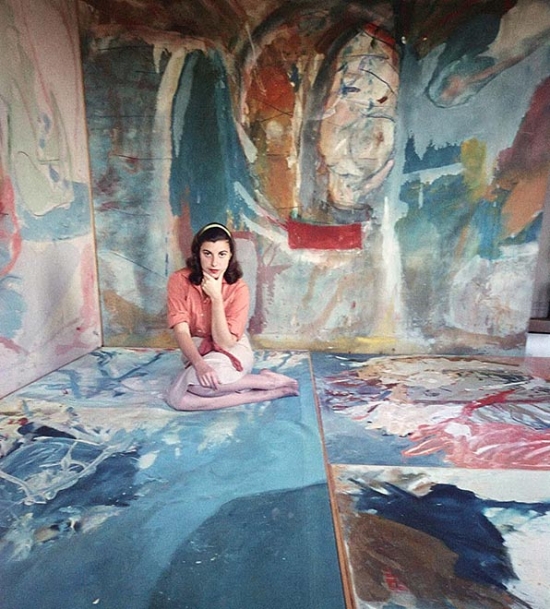