On August 28, 1963 more than 250,000 people—bound together across race, class, and ideologies—gathered in Washington, D.C. for the March on Washington for Jobs and Freedom. The march was the culmination of what had been a turbulent spring and summer:

In April 1963 Dr. Martin Luther King Jr., the Southern Christian Leadership Conference (SCLC), and the Alabama Christian Movement for Human Rights (SCMHR) joined forces in Birmingham on a campaign intended to attack the city’s segregation system. In April of 1963, the Birmingham Campaign launched with a series of sit-ins, marches on City Hall, and merchant boycotts. On May 2nd more than 1000 Black students were assaulted and arrested by local authorities while marching to downtown Birmingham. Images of the violent clashes—showing students clubbed by police officers, attacked by police dogs, and blasted by high-pressure fire hoses—circulated widely on television and newspapers, triggering international outrage. 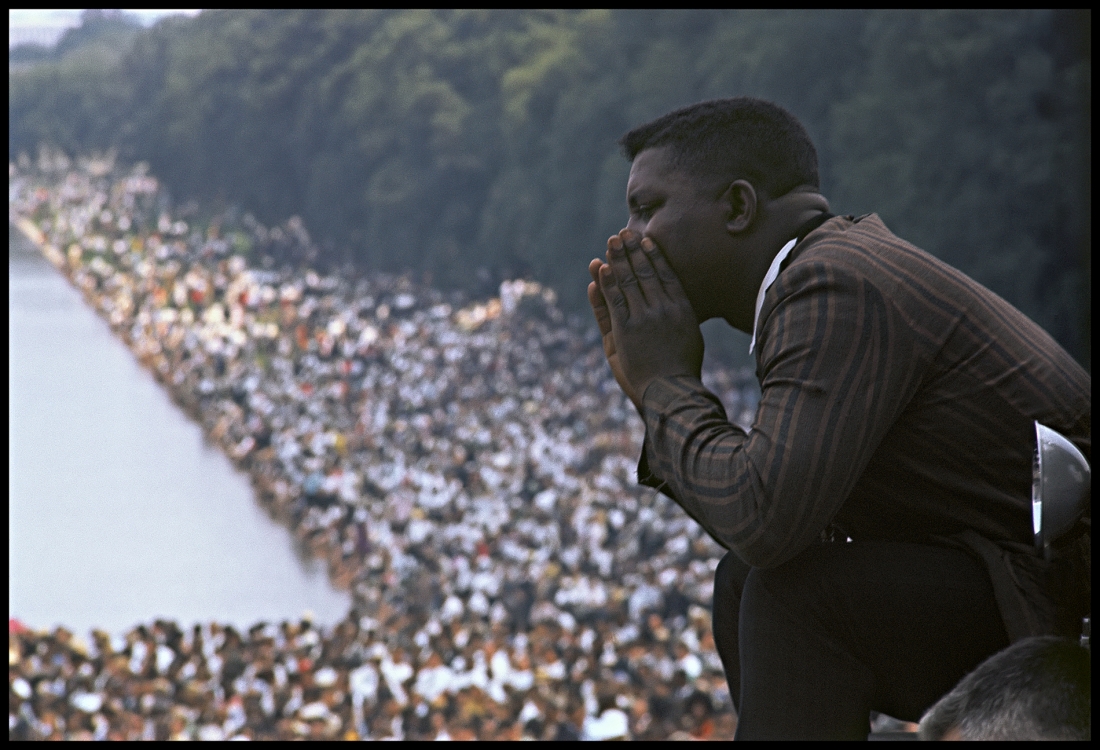 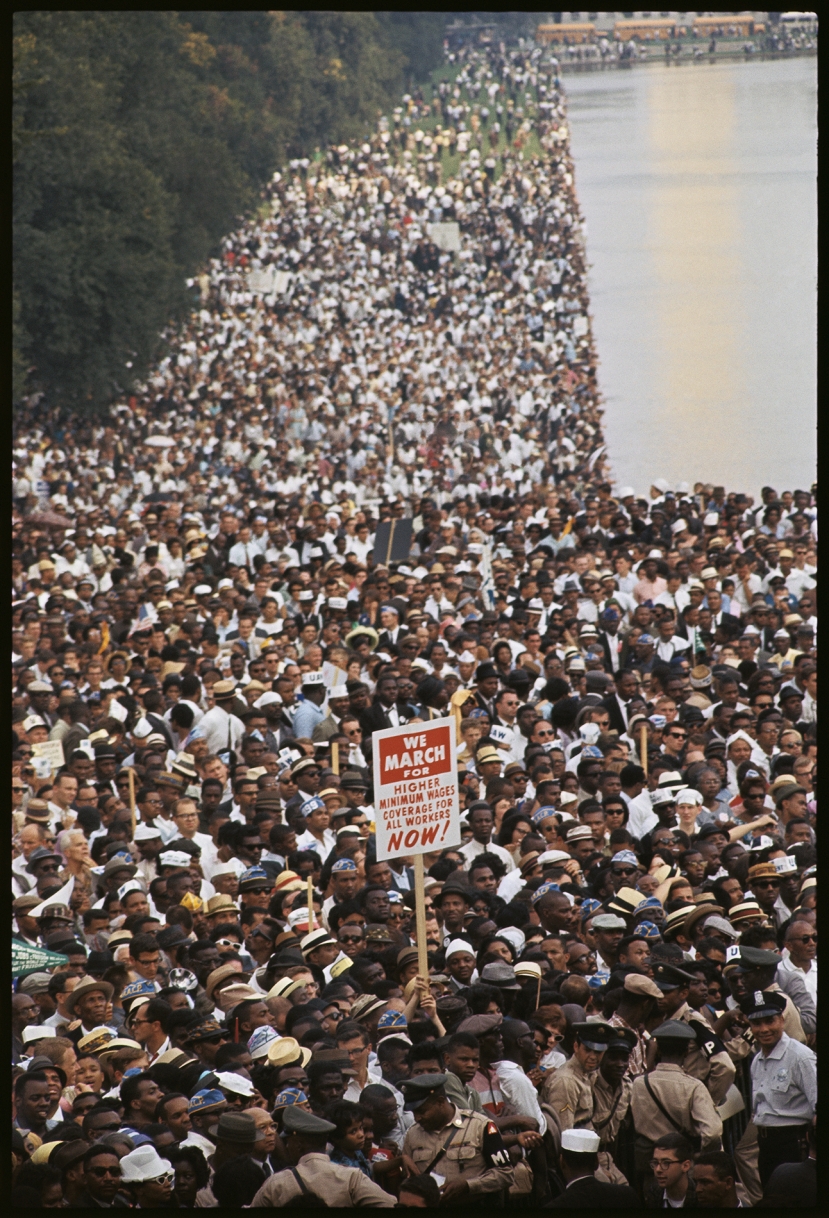 That same day, hope was met with protest when Vivian Malone and James Hood arrived at the University of Alabama campus to register for classes. In a symbolic attempt to uphold his pledge to maintain segregation, Governor George Wallace stood at the door of Foster Auditorium at UA blocking the two Black students from entering. President Kennedy ordered the Alabama National Guard to step in, who eventually escorted Malone and Hood through Wallace’s blockade.

One day later, on June 12, 1963, Medgar Evers, a civil rights activist was murdered outside his home in a suburban neighborhood of Jackson, Mississippi after returning from a NAACP meeting. Evers’s fight for equal rights in Mississippi and his national campaign to make visible his state’s strict segregation policies and racial violence incurred the wrath of many white supremacists, among them Byron De la Beckwith, who was convicted of Evers’s murder in 1994.

By August, the Civil Rights Movement had gained unstoppable momentum and plans for the March on Washington were underway. The seeds for the March were sown as early as 1941, when A. Philip Randolph, founder of the Brotherhood of Sleeping Car Porters, the first successful black trade union, threatened a march on Washington, D.C., if the federal government did not address racial discrimination in the defense industry. In response, President Franklin D. Roosevelt established the Fair Employment Practices Commission, and the march was called off. By 1963, Randolph, having organized a march with Dr. King in 1957, decided to join forces with him once again to organize what officially became the March on Washington for Jobs and Freedom. Their goals expanded to encompass calls for congressional passage of the Civil Rights Act, full integration of public schools, and congressional action to address job discrimination and inequities.

On that hot day in August, nearly a quarter million people marched peacefully to the Lincoln Memorial. In his opening remarks, Randolph made the promise that “we shall return again and again to Washington in ever growing numbers until total freedom is ours.” Speeches were given by speakers such as NAACP president Roy Wilkins and John Lewis of the Student Non-Violent Coordinating Committee (SNCC). Also featured were musical performances by the likes of Marian Anderson, Joan Baez, Bob Dylan, and Mahalia Jackson.

Dr. King spoke last, delivering his iconic “I Have A Dream” speech. His most famous remarks were, in fact, an improvised departure from his prepared notes: “And so even though we face the difficulties of today and tomorrow, I still have a dream.” He concluded, “when we allow freedom ring, when we let it ring from every village and every hamlet, from every state and every city, we will be able to speed up that day when all of God's children, black men and white men, Jews and Gentiles, Protestants and Catholics, will be able to join hands and sing in the words of the old Negro spiritual: Free at last. Free at last. Thank God almighty, we are free at last.”

Gordon Parks was there that day, along with 3,000 other members of the press. Among his most iconic images are those of the massive crowd. Looking at his contact sheets, it is also striking to see the numerous images he made of individuals in that crowd, all bound by a call for social justice. His images echo the opening line to a September 6, 1963 article in Life magazine: “Dotted with color like a single giant living thing, the crowd massed at the memorial to Abraham Lincoln 200,000 strong. Each dot was a person —with a cause the U.S. has come to know very well.”

The 10-page spread featured images by several photographers, among them Gordon Parks. His contribution was a single image, placed at the end of that story: a marcher carrying her placard up the steps near the Lincoln Memorial, surrounded by discarded protest signs and pamphlets. She appears to catch the attention of another marcher nearby, who turns his gaze. Published just a few weeks after the March on Washington took place, this image by Gordon Parks echoes the words of Dr. King and others who spoke that day—while much has been accomplished, there is still a difficult road ahead that we must continue to march down and conquer. 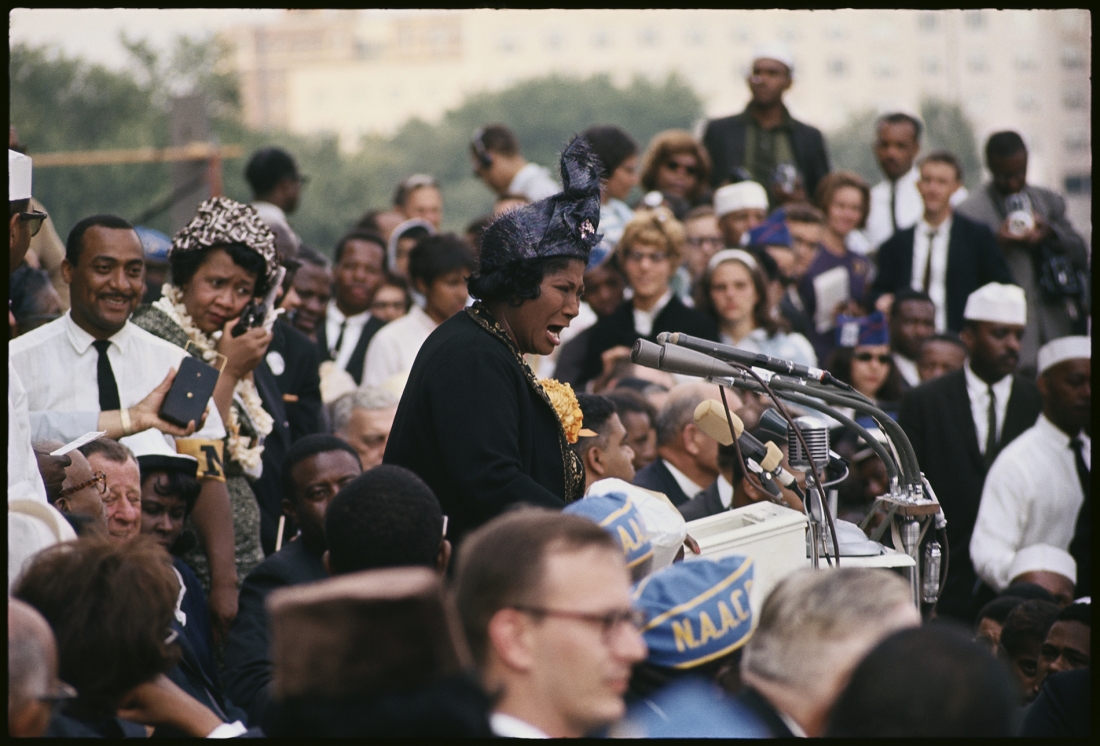 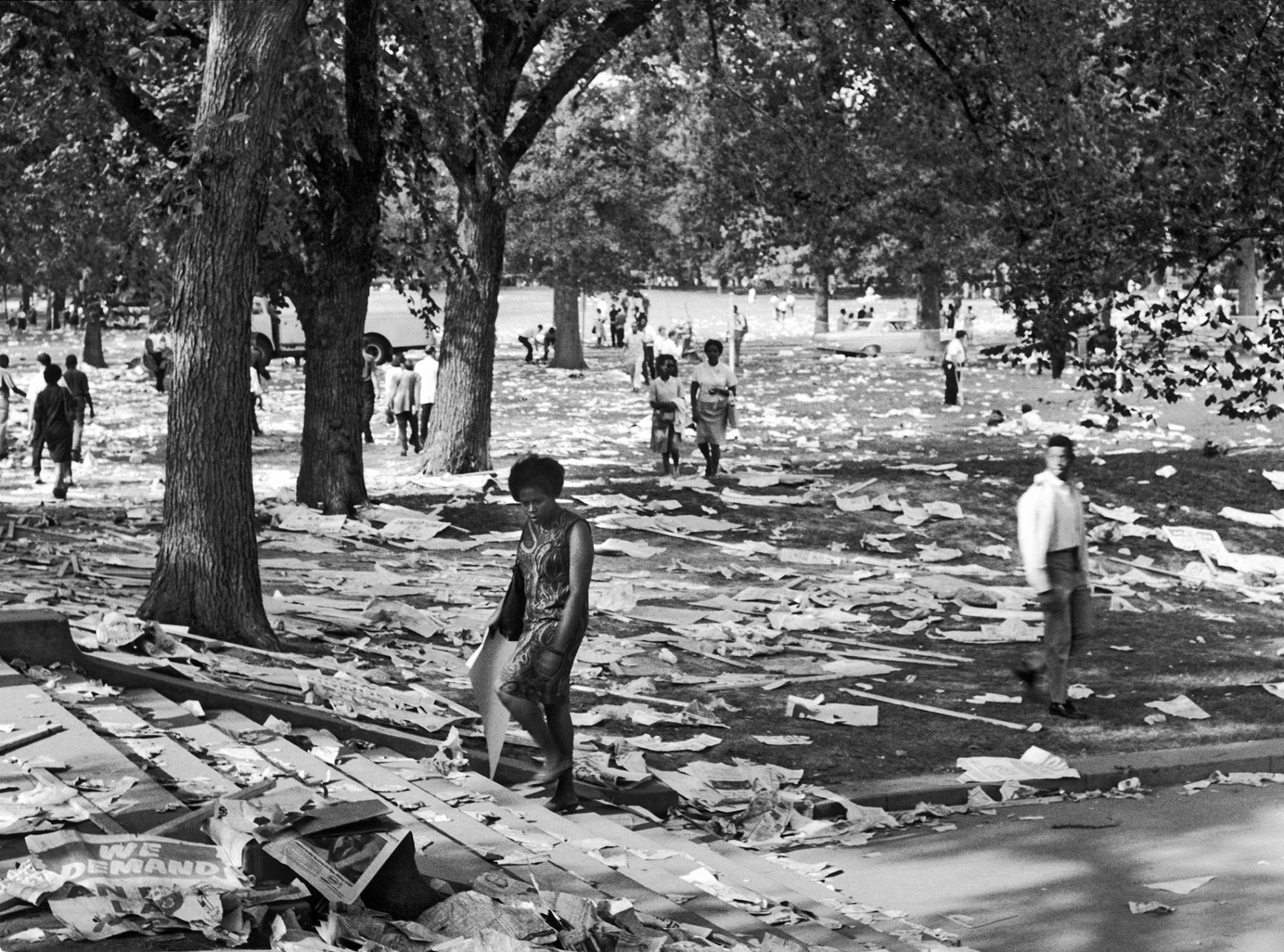 And so even though we face the difficulties of today and tomorrow, I still have a dream.